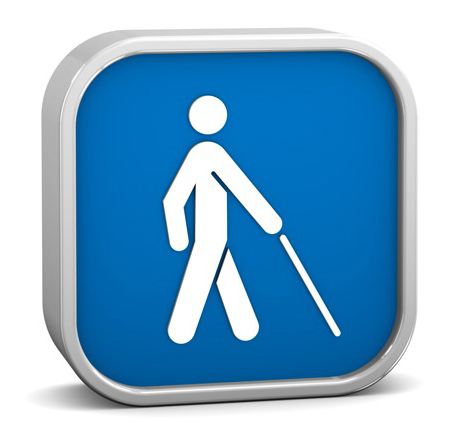 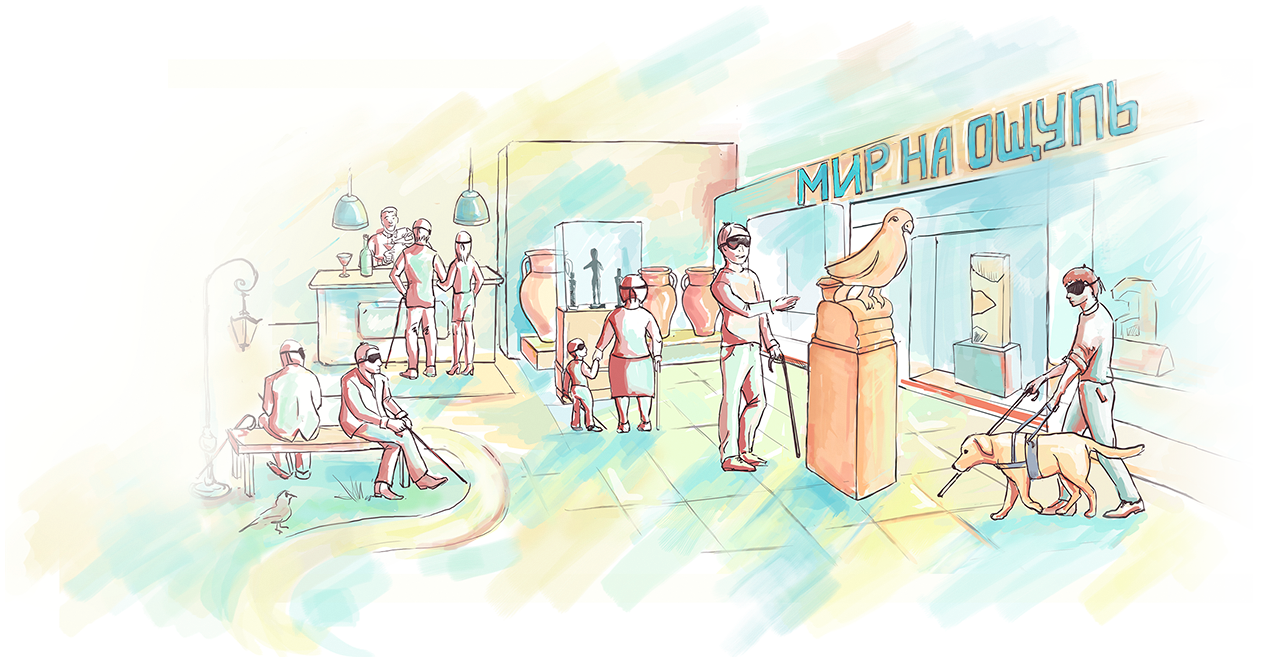 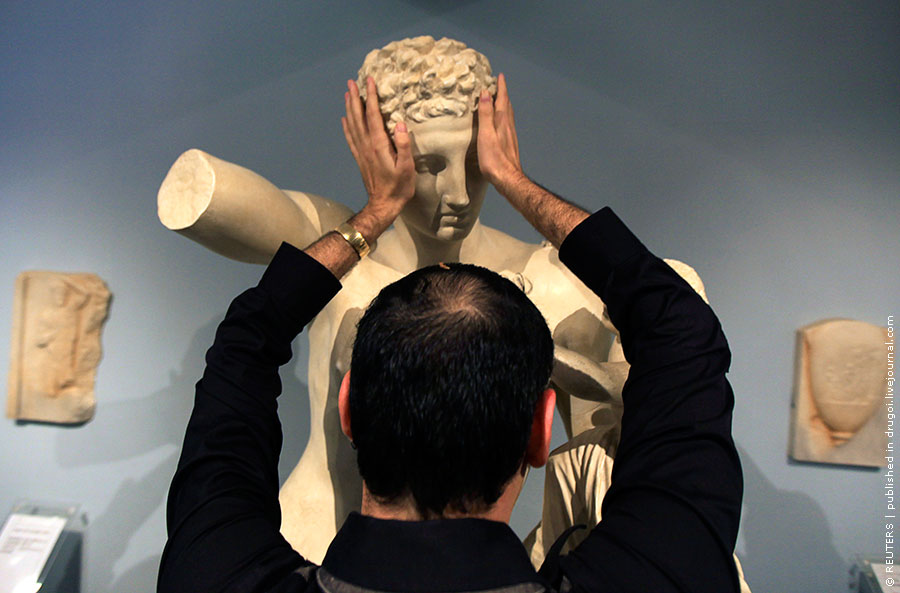 Tourism for blind people – finally in Kiev
Nearly six month ago I spoke with members of one of the centers of education for the blind and visually impaired people. They told us about their touristic attempts in the cities of Ukraine. That’s when I once again confirmed the very simple truth, which I tell my team everyday: “Society doesn’t care about people with disabilities. If we won’t, nobody will.”
However, there are some enthusiasts in Kiev who also decided to help them by opening a pedestrian travel route for the blind and visually impaired people. The route passes near Vladimir’s Hill, in The Park of Glory, Landscape alley, near The Pedestrian Bridge and Friendship of Nations Arch. There also will be installed special signs describing the landscape in Braille. 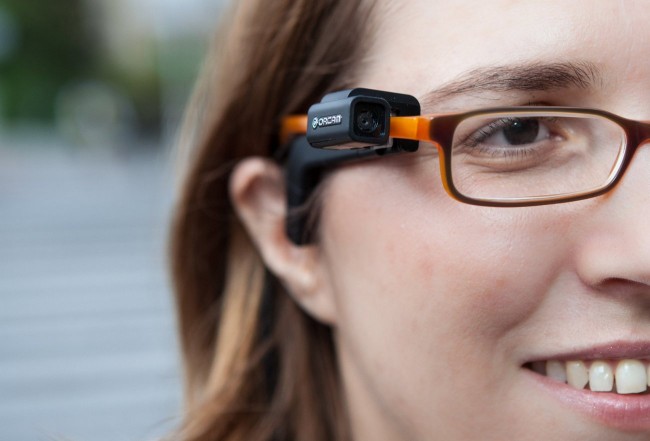 As a startup, researchers from Israel developed a new device for the blind. This device converts a picture into a sound. Compared with other devices, this one is more usable and not so large. Special OrCam device helps people to effectively recognize text even written in small print.
This device is a small camera that is attached to glasses and connected to a portable computer hidden in a pocket. It converts images and texts into the audio signals. It can be a numbering of public transport or ads’ in the newspaper. With its’ five megapixel camera the blind person can recognize familiar things of everyday life, search for people, read words and sentences and find many other things. The device can work entire 6 hours without recharging. Yonath Wexler, the vice-president, told that such a device can help blind person to imagine the whole world, but the most important achievement is a development of unique set of algorithms that make it possible to recognize objects.
Several dozen people in Israel already have this device. It will be available in the US soon, at a price of more than 2,500 USD, although there are already many people willing to buy these devices. 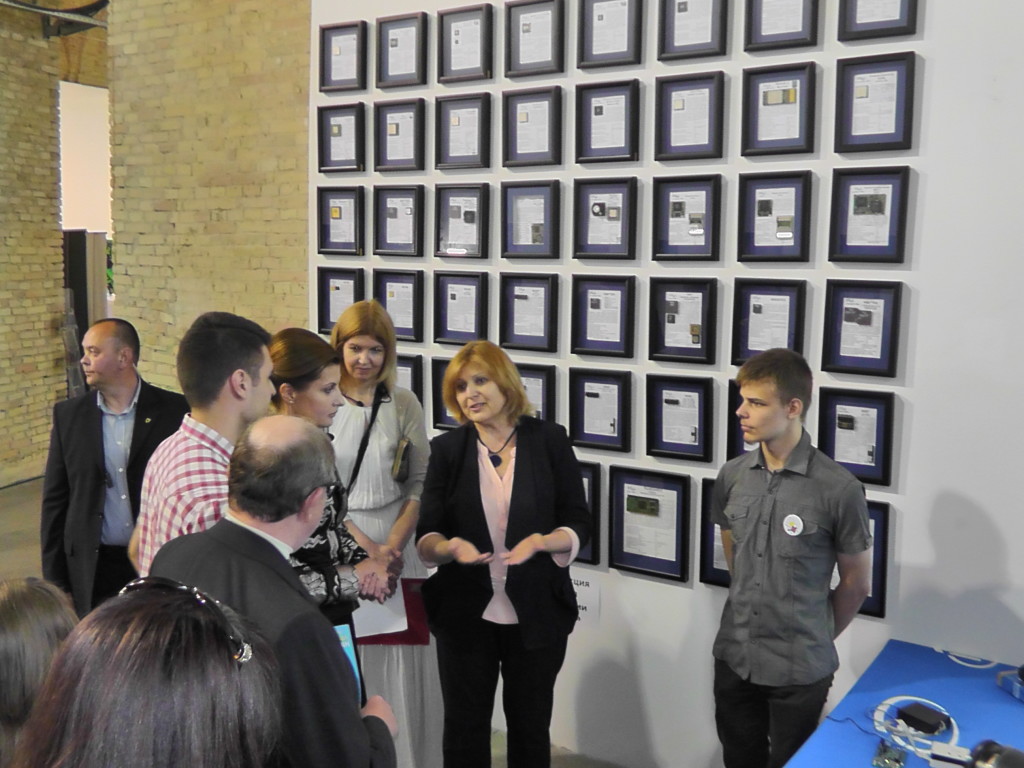 From 27 to 31 May 2015 in Mistetskiy Arsenal was held interactive educational festival for children and adolescents “Arsenal ideas.” Its program includes a special educational and recreational activities for children, interesting and informative workshops, riddles and quizzes, theatrical tours and other interesting events. 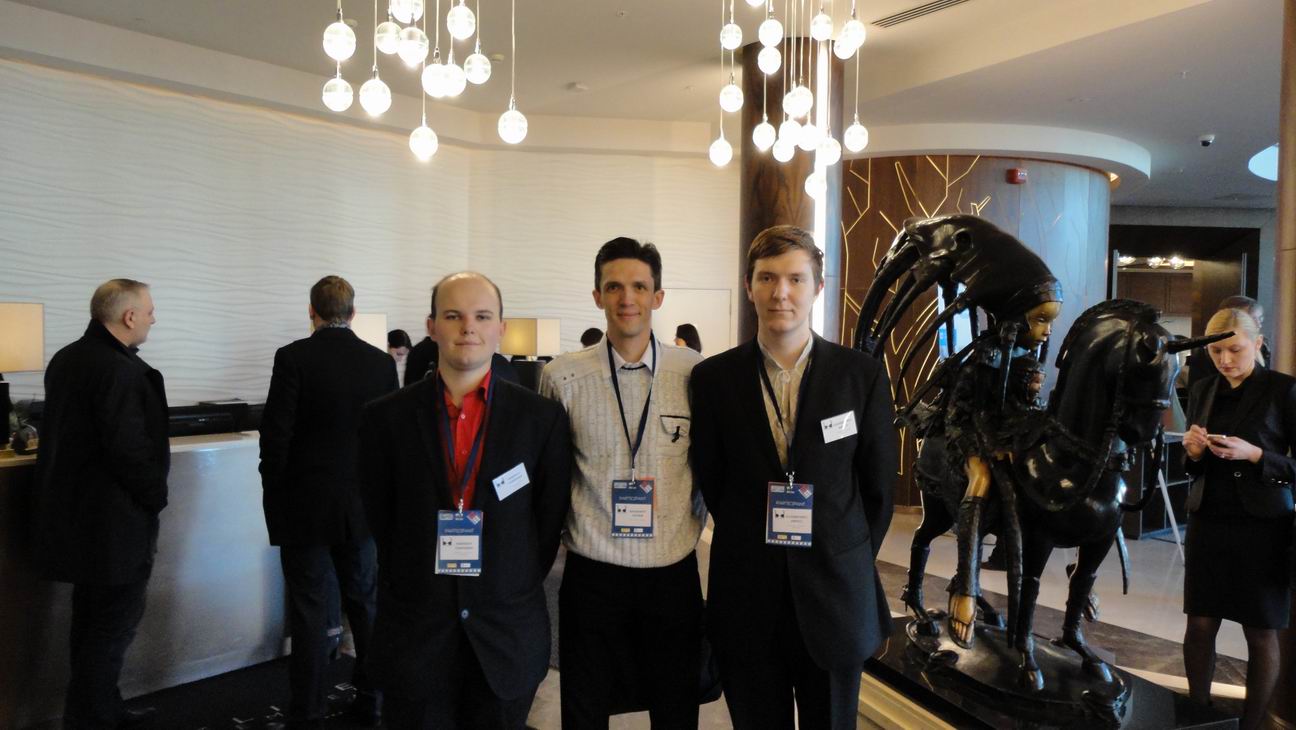 Our team, as winners in one of the nominations of the international competition of computer talents “Golden Bytes” has participated in the International Conference «IE Venture Day» (23-24 April 2015, Minsk (Belarus)).

In spite of the presence at the conference, sharing experiences with other teams, showing of our developments, we managed to visit the Public Association “Belarusian Society of the Disabled for vision” 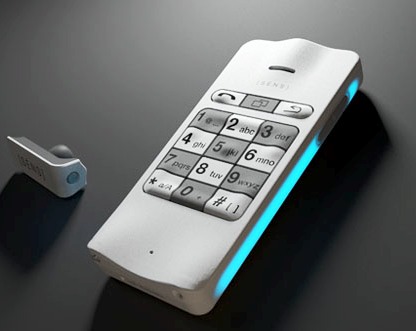 We created mobile phone named “Sens” for blind and visually impaired people.
After researches we finally started development together with a group from college for people with disabilities.
Visually buttons do not differ, but using a tactile sensation, they have significant differences. During studies and surveys we have concluded that the gaps between the buttons lead to indiscriminate perception, and the button “5” – uninformative. 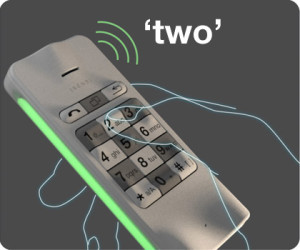 Keyboard of Sens developed on the basis of feedback mode. When pressed, the input data does not occur immediately, but only informs the user about its purpose.
In the same way you can touch all the buttons and understand their purpose and the information which can be entered with the help of a button. 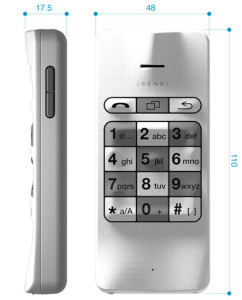 When the user knows exactly which button he needs to press, he can do it like on a normal phone. Entering of information is confirmed with the help of signals of different tone. 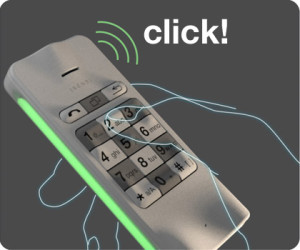 Thus, Sens system has an effective interaction with the user through the audio controller of input.
Sens has all the usual functions that are present in today’s mobile, but their usage is based on interactive touching and pressing the button if it is chosen correctly. 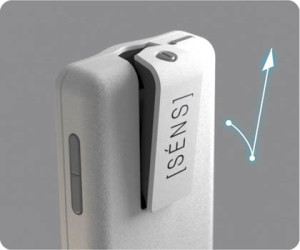 The biggest problem is that extraneous can hear your conversation, as here used loudspeaker. The problem was solved by Tokido Yoshida by integrating Bluetooth-headset which is used as a permanent device. Thus the risk of losing the phone is kept to a minimum, which is important for visually impaired people.The Phone is charging together with the headset, which makes usage of Sens easier. 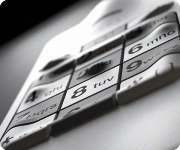 Despite the defects, most people kept a certain degree of view. In some cases of defects, a person can perceive light of varying intensity. It is for them Sens has lights for incoming calls, Sms- messages and displays information about battery. 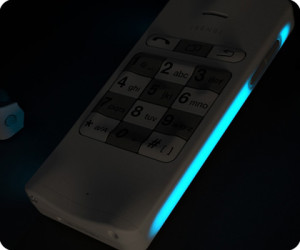 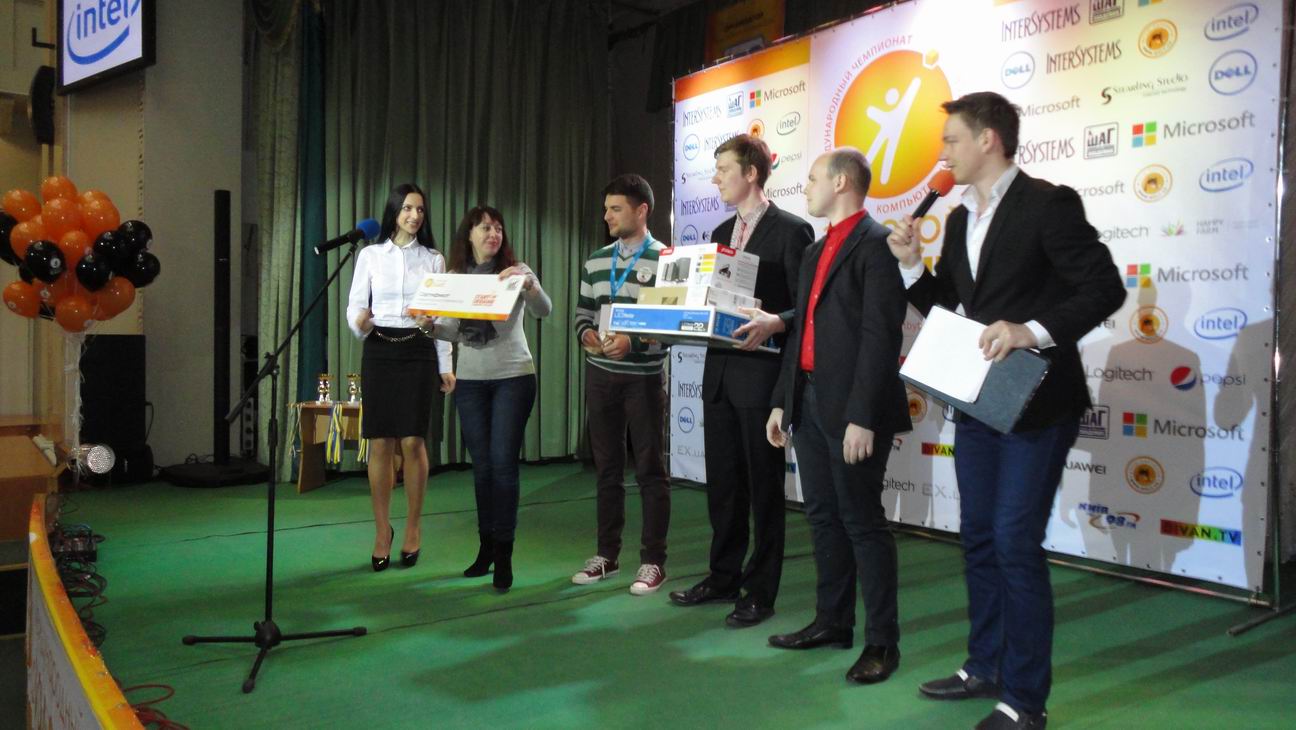 Our team Braille-device won first place in the nomination «Intel Edison» at the international competition of computer talents “Golden Bytes”. 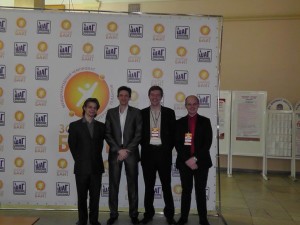 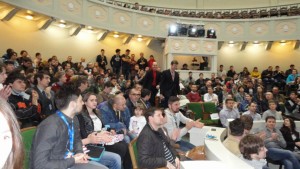 Now we have the opportunity to present our development at the International Conference «IE Venture Day», which will take place on 23-24 of April 2015 in Minsk (Belarus). 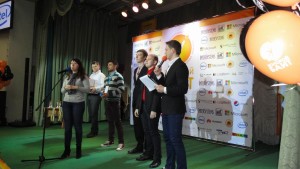 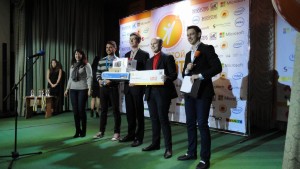 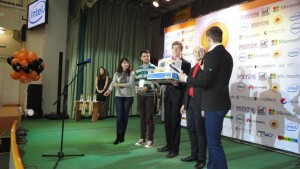 More photos and video of the final performance at: файлообмінник EX.UA 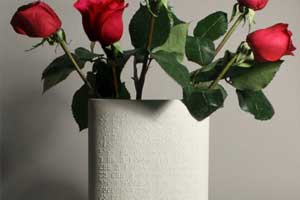 People rarely think about millions of possibilities that life gives them. But such thoughts arise in man when he sees a person deprived of the opportunity to see.It is difficult to imagine our life without seeing colored pictures, enjoying sunrise and sunset or receiving love letters. And even blind person should have possibility to feel the warmth of words from someone who cares about her.
Jessica Lertvilay created a vase that can solve this problem. The love letter is written on it with the help of Braille type. Thus every blind person is able to please his beloved mate by the warm gift. Of course, this letter was not written personally by the sender, but the blind person will be in seventh heaven after such a gift.
This vase called “Love is blind” has unusual design. Vase has two color options – black and white. Even the wise man can not overpass it. This is one of the most extraordinary declarations of love, so it has to be said and read.
Посилання на джерело: vase for the blind 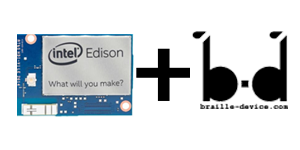 Within the preparation for the world final competition “Golden Byte” our team has developed a new version of the implementation of Braille display. This version uses a new development of Intel – board called Intel Edison, which can be used as a full computer. 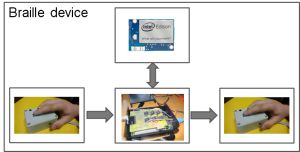 This device will be presented to the competition jury on 18th of April. 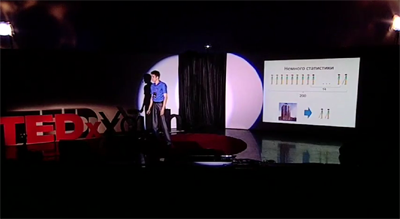